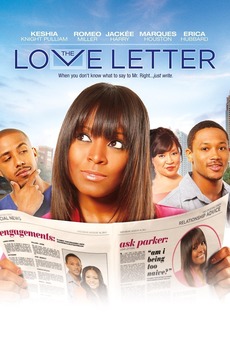 Parker, a successful advice columnist, and her best friend Aaron have been inseparable since childhood. She knows everything about him, including the fact that he doesn't love his fiancé. Desperate for help, Parker pens an anonymous letter to her own column asking for advice. Unexpectedly, she learns about her own feelings instead.