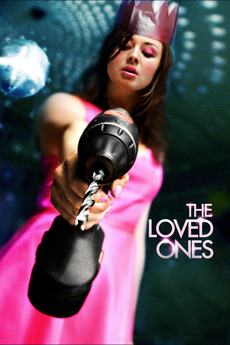 Lola Stone asked Brent Mitchell to the prom, but Brent said no, and now he's screwed. What happens when Lola doesn't get what she wants? She enlists Daddy's help to throw a prom of her own, where she is queen and Brent is king -- whether he likes it or not. THE LOVED ONES is what happens when puppy love goes horribly, violently wrong. Brent should have said yes...