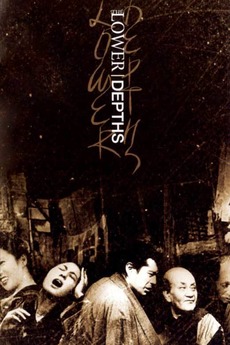 Residents of a rundown boardinghouse in 19th-century Japan, including a mysterious old man and an aging actor, get drawn into a love triangle that turns violent. When amoral thief Sutekichi breaks off his affair with landlady Osugi to romance her younger sister, Okayo, Osugi extracts her revenge by revealing her infidelity to her jealous husband.