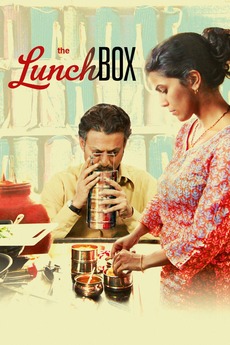 Can You Fall In Love With Someone You Have Never Met?

A mistaken delivery in Mumbai's famously efficient lunchbox delivery system (Mumbai's Dabbawallahs) connects a young housewife to a stranger in the dusk of his life. They build a fantasy world together through notes in the lunchbox. Gradually, this fantasy threatens to overwhelm their reality.

Letterboxd's Top 250 Romance Movies, based on the average rating of all Letterboxd users. all stand-up specials, stage plays, concert…

At the Super Champion Film Zone film forum, we held a poll to discover our community's favourite Indian films ever…

Two people find comfort in each other (not necessarily romantically) despite their painful lives.