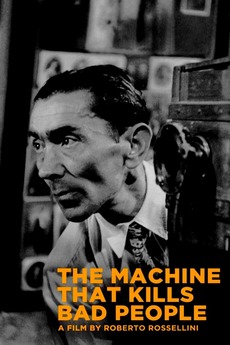 The Machine That Kills Bad People

A demon bestows on a self-righteous working photographer's camera the power to smite from the Earth "evil-doers".

Zoning In: High Concept Films from the Fifth Dimension