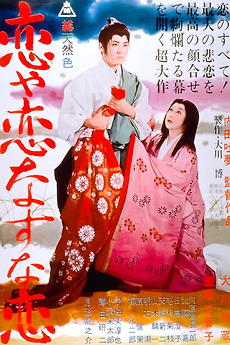 A court fortune-teller loses his mind after a conspiracy leads to the death of his lover. Hope appears to be on the horizon after he becomes romantically involved with his dead lover’s twin sister, but more complications arise thanks to a chance encounter with a clan of shape-shifters.

Every Movie on ARROW Player (in the UK)