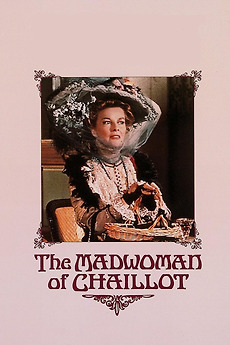 The Madwoman of Chaillot
JustWatch

The Madwoman of Chaillot

With the world getting ready to blow itself up, look who's minding the store.

An eccentric Parisian woman's optimistic perception of life begins to sound more rational than the rather traditional beliefs of others.