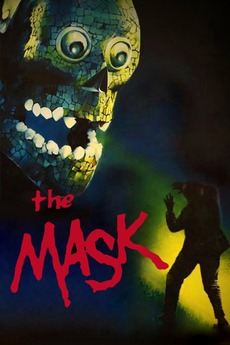 Look through the mask...if you can't take it...take it off!

A young archaeologist believes he is cursed by a mask that causes him to have weird nightmares and possibly to murder. Before committing suicide, he mails the mask to his psychiatrist, Dr. Barnes, who is soon plunged into the nightmare world of the mask.