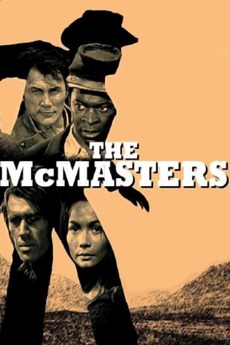 After the wedding... they were given a real fine reception.

Set in the immediate post-Civil War era, The McMasters stars Brock Peters as a black Union soldier who finds he must figuratively fight the war all over again. Returning to his southern hometown, Peters quickly learns that nothing has really changed: he is a "free"man in name only. Peters' ex-master Burl Ives magnanimously gives the former slave a plot of land, but only Native-American David Carradine and his tribesmen are willing to work for a black man. The "invasion" of Indians serves to stir up the racial divisiveness even farther, thanks to local rabble-rouser Jack Palance.