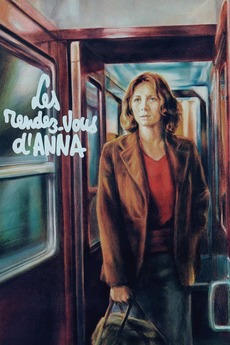 The Meetings of Anna
JustWatch

The Meetings of Anna

Anna is a film director whose job takes her all over western Europe. In each place she either already has some intimate connection, or readily makes one. People seem drawn to her, but inevitably insist on sharing their inmost secrets and discontents with her, despite her obvious and profound lack of interest in these revelations. This does not deter Anna from continuing to meet people, and she genuinely connects with them occasionally, as when she sees her mother briefly in Brussels.

the first 36 are from this edit

Work in progress, pulling from what I've seen/watchlisted to start with