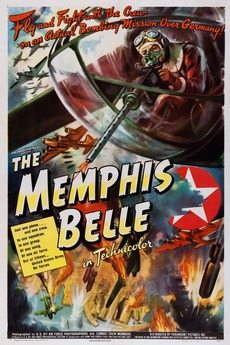 The Memphis Belle: A Story of a Flying…
JustWatch

The Memphis Belle: A Story of a Flying Fortress

This documentary centers on the crew of the B-17 Flying Fortress Memphis Belle as it prepares to execute a strategic bombing raid on sub-pens in Wilhelmshaven, Germany.