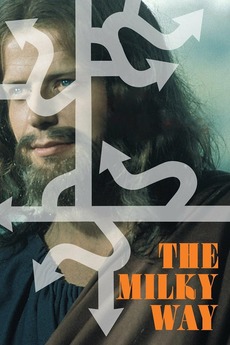 Two drifters go on a pilgrimage from France to Santiago de Compostela in Spain. Along the way, they hitchhike, beg for food, and face the Christian dogmas and heresies from different Ages.