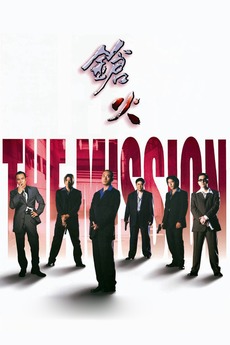 Five men. They appreciate each other's guts and wisdom, and they are always perfect partners in missions. But now, they'll have to hold their pistols at each other...

Triad boss Lung, who has just escaped being killed in an assassination attempt hires the killers Curtis, James, Mike, Roy and Shin for his protection. Their grown solidarity is under compulsion when Lung orders Curtis to kill Shin in punishment for his affair with Mrs. Lung.