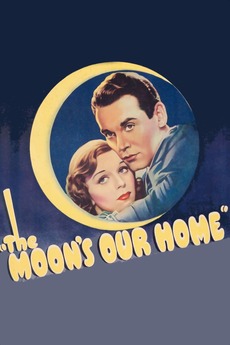 The Moon's Our Home
JustWatch

The Moon's Our Home

1936 Directed by William A. Seiter

"We'll fight every day, darling, and make up every night!"

A writer and an actress meet and marry without really knowing each other--they are even unaware that both bride and groom are equally famous. During the honeymoon, all hell breaks loose as a comedic war of the sexes leads inevitably to love.

Films Discussed in "From Reverence to Rape: The Treatment of Women in the Movies" ( 2nd edition) by Molly Haskell

Listed in the order in which they appear in the text.

A list of my favorite movie titles, the quality/my opinion of the film is immaterial – all that matters is…

Quote: Regarding the subject of debate, which films could be considered as "Screwball Comedy", the problem…