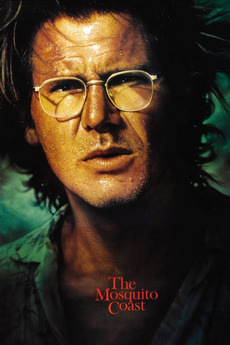 He went too far.

Allie Fox, an American inventor exhausted by the perceived danger and degradation of modern society, decides to escape with his wife and children to Belize. In the jungle, he tries with mad determination to create a utopian community with disastrous results.