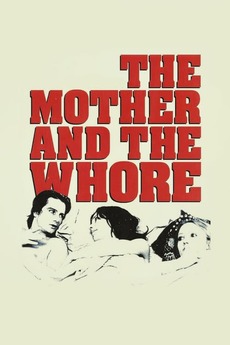 The Mother and the Whore

Aimless young Alexandre juggles his relationships with his girlfriend, Marie, and a casual lover named Veronika. Marie becomes increasingly jealous of Alexandre's fling with Veronika and as the trio continues their unsustainable affair, the emotional stakes get higher, leading to conflict and unhappiness.