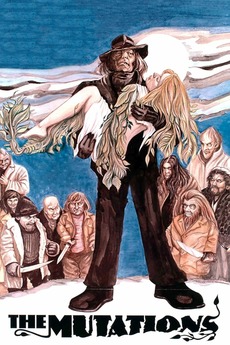 It's not nice to fool with Mother Nature... it can be HORRIFYING!

A mad scientist (Donald Pleasence) crosses plants with people, and the results wind up in a sideshow.

The Freakmaker, The Mutation, Doctor of Evil, Dr. of Evil