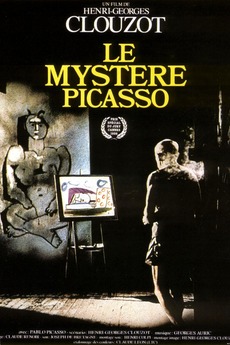 The Mystery of Picasso
JustWatch

The Mystery of Picasso

Using a specially designed transparent 'canvas' to provide an unobstructed view, Picasso creates as the camera rolls. He begins with simple works that take shape after only a single brush stroke. He then progresses to more complex paintings, in which he repeatedly adds and removes elements, transforming the entire scene at will, until at last the work is complete.