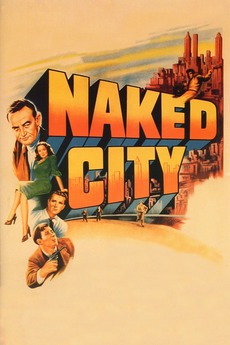 The soul of a city. Her glory stripped! Her passion bared!

The Naked City portrays the police investigation that follows the murder of a young model. A veteran cop is placed in charge of the case and he sets about, with the help of other beat cops and detectives, finding the girl's killer.