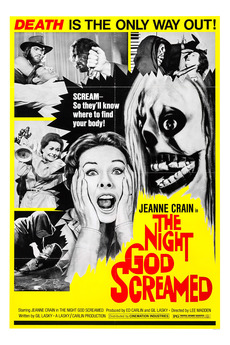 Death is the only way out!

A woman is persecuted by Jesus freaks after they've crucified her preacher husband.

Obscure Horror Worth Checking Out

These are horror movies that I have seen that I would consider underrated and obscure, that I think are terrific,…