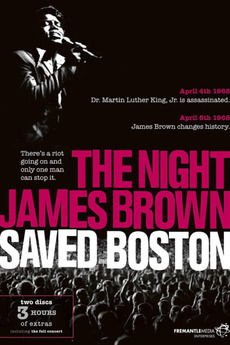 On April 5, 1968, soul legend James Brown performed a concert in Boston that many say shielded that city from the kinds of devastating riots that ripped other cities apart after the assassination of Martin Luther King, Jr.

A list of music docs and films featuring musicians that I've seen and enjoyed.

Music documentaries on my watchlist.

Regularly updated list of music documentaries I think are worth watching.