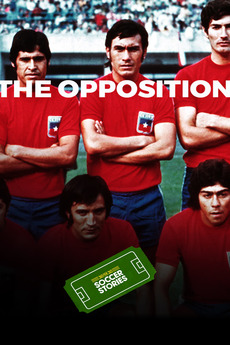 Chile hosts a decisive World Cup qualifier at Santiago’s National Stadium just weeks after the stadium had been transformed into a concentration camp and killing field for opponents of Augusto Pinochet (who had just gained power in a military coup). Though FIFA investigates the matter, the game goes on, with the Chilean team winning in a walkover after their opponents from the Soviet Union boycott in protest over the stadium's use

All 30 for 30 Documentaries including Shorts and Soccer Stories

Includes Volumes I, II, and III, as well as Shorts, SEC Storied, Soccer Stories, and Nine for IX films (as…

THIS LIST IS NO LONGER UPDATED. PLEASE REFER TO MOVIEYANA'S FABULOUS ALTERNATIVE:-

It's nearly the World Cup and all…