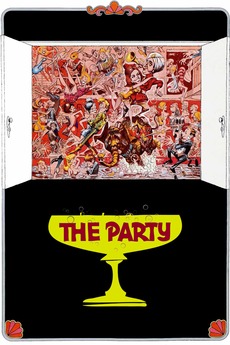 If you've ever been to a wilder party... you're under arrest!

Hrundi V. Bakshi, an accident-prone actor from India, is accidentally put the name on the guest list for an upcoming party at the home of a Hollywood film director. Unfortunately, from the moment he arrives, one thing after another goes wrong with a compounding affect.