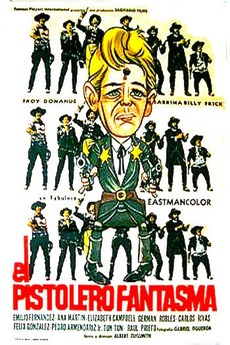 The Phantom Gunslinger is set in the town of "Tucca Flats." The peaceful life of the town is disrupted by the arrival of a gang of bandits, including Algernon, Big Sam, Cookie, and some others. The sheriff leaves town, but not before naming Bill as his successor. Bill, unfortunately, doesn't carry or even know how to use a gun, and the outlaws take over Tucca Flats. But with the help of some Indians, a suit of armor, and springs on his shoes, Bill manages to run the gang out of town.

Up to date filmography from Vinegar Syndrome, with many adult films currently missing - but stay tuned for those to…

The American Genre Film Archive (AGFA) is the largest non-profit genre film archive and distributor in the world.