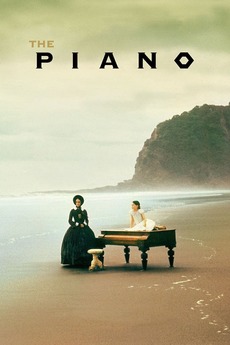 After a long voyage from Scotland, pianist Ada McGrath and her young daughter, Flora, are left with all their belongings, including a piano, on a New Zealand beach. Ada, who has been mute since childhood, has been sold into marriage to a local man named Alisdair Stewart. Making little attempt to warm up to Alisdair, Ada soon becomes intrigued by his Maori-friendly acquaintance, George Baines, leading to tense, life-altering conflicts.