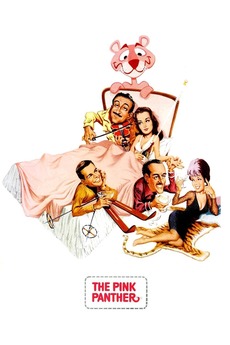 A Madcap Frolic Of Crime and Fun.

The trademark of The Phantom, a renowned jewel thief, is a glove left at the scene of the crime. Inspector Clouseau, an expert on The Phantom's exploits, feels sure that he knows where The Phantom will strike next and leaves Paris for the Tyrolean Alps, where the famous Lugashi jewel 'The Pink Panther' is going to be. However, he does not know who The Phantom really is, or for that matter who anyone else really is...