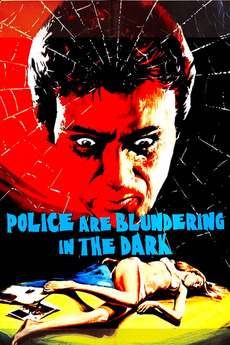 The Police Are Blundering in the Dark
JustWatch

The Police Are Blundering in the Dark

Reporter Giorgio D'Amato agrees to meet his friend Enrichetta at Edmondo Parisi's villa, but when he arrives the model has been stabbed to death with a pair of scissors. Her presence at the villa had been requested by the crippled and neurotic Parisi who had invented a device which allows him to photograph thoughts. The other guests are a strange bunch: there is Eleonora, Parisi's lesbian wife; Alberto, the omnipresent butler and Lucia, the uninhibited housekeeper. The only normal person seems to be young Sara, Edmondo's niece, who enlists D'Amato to find the murderer. Soon the mysterious hand strikes again and this time it's Lucia's turn...

Giallo - The art of thrilling

A list of all gialli from the 1960's to today. Let me know if I missed something. If you have…

Feature films released by Vinegar Syndrome listed by catalog number on which the film appears. Catalog number listed in Notes…

Ongoing ranking of all the '70s horrors that I've seen. Including all Italian giallo films.

Though they happen to be a US exclusive DVD and Blu-Ray distribution company, Vinegar Syndrome have an undoubtable influence on…