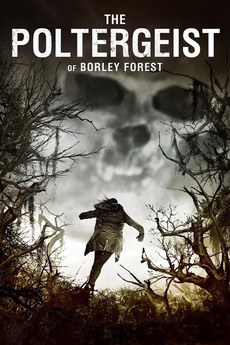 The Poltergeist of Borley Forest
JustWatch

The Poltergeist of Borley Forest

It will not rest in peace

On a night of teenage partying in the woods, Paige unwittingly sets in motion a chain of events that plunge her into a waking nightmare. Tormented by terrifying and increasingly violent supernatural visitations, Paige starts digging into the past and uncovers a sinister secret, buried for decades. Behind the force that now haunts her is a malevolent entity of unspeakable evil. As its power grows and her friends fall prey to its savagery, can she (or anyone) stop The Poltergeist of Borley Forest?

Obviously I'm still working on it. I've seen a lot more than this. Honestly.

Spirits of the Dead: Celluloid Hauntings and Cinematic Poltergeists

Ever since the dawn of time, humanity has been fascinated by the concept of the dead returning as ghosts to…

Every Thing that has a 1.9 rating or lower on Letterboxd

This is basically the opposite of "Every Thing that has a 4.0 rating or higher on Letterboxd" No other thing…

Posters with skulls on. - Covers sporadically change, I'm not deleting & re-adding them everytime, there's no way i could keep…