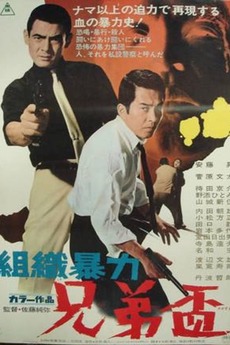 After the war, Kijima (Bunta Sugawara) returns to Tokyo where he meets Ôba (Noboru Andô), an Ex-Kamikaze pilot, and the two ruffians gather hooligans to join their group. In Ginza, the Togawa gang have taken over Sakurada's territory. After several fights Kijima and Ôba gain control of the territory by chasing out the notorious Togawa Group in the name of Sakurada. But Kijima is arrested for assaulting an American soldier. A few years pass. Kijima has served his prison term and the sears of war have been erased from Ginza. Ôba is now president of a company specializing in collection of bad debts, cheque frauds and everything that means money. People call their organization the “Private Police,” and Kijima begins to work for Ôba. Now the Takegami gang waits a chance to seize the Ginza territory.

Stuff that I've added to Letterboxd

When I feel like it I go over to TMDB and correct mistakes (and probably make some as well), add…