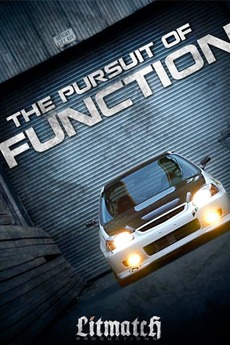 The Pursuit of Function

A look into subculture of true Honda Enthusiasts. These tuners became part of a culture, which steered away from body kits, large rims, and other cosmetic accessories and focused more on clean Japanese styling and serious performance. They give us a look inside their passion and the many areas of the Honda tuning scene. Which includes their project cars, JDM style, the internet's influence on the scene, road racing, and the growing problem of automotive theft. Featuring many well-known tuners including members of the infamous Southern California group FFSquad and the editors of both c16 Magazine (Former Editor Rodney Wills) and Super Street Magazine (Jonathan Wong). A real look at people who took lived and experienced a culture which made its way from the underground to the mainstream.