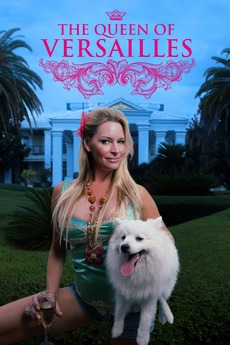 With the epic dimensions of a Shakespearean tragedy, The Queen of Versailles follows billionaires Jackie and David’s rags-to-riches story to uncover the innate virtues and flaws of their American dream. We open on the triumphant construction of the biggest house in America, a sprawling, 90,000-square-foot mansion inspired by Versailles. Since a booming time-share business built on the real-estate bubble is financing it, the economic crisis brings progress to a halt and seals the fate of its owners. We witness the impact of this turn of fortune over the next two years in a riveting film fraught with delusion, denial, and self-effacing humor.