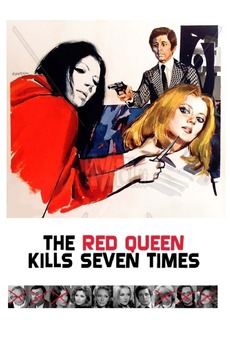 In the film, an age-old family curse hits sisters Kitty and Franziska following the death of their grandfather Tobias. Every hundred years, the legend goes, the bloodthirsty Red Queen returns and claims seven fresh victims. Was Tobias just the first... and are Kitty and Franziska next?