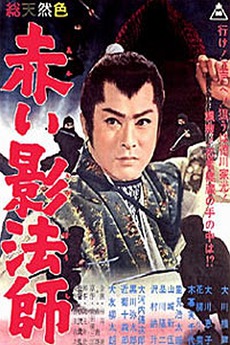 Fifteen years after Ishida Mitsunari lost in the battle of Sekigahara, Tokugawa Ieyasu foresees his unavoidable battle with Toyotomi Hideyori and goes into Fushimi Castle. At the night, Hattori Hanzo, the leader of 36 Iga members who were performing as guards of the castle, perceives the existence of a ninja and captures the mysterious sneaker.

My Movies from Japan