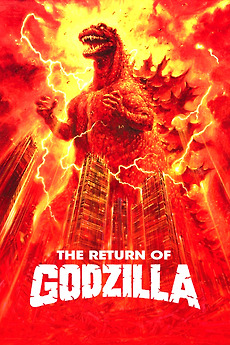 The Return of Godzilla
JustWatch

The Return of Godzilla

After a fishing boat is attacked by a giant monster, the sole surviving crew member realizes the monster is none other than a resurrected Godzilla. A reporter's efforts to bring the story to light are thwarterd.

This is a list of all the Toho Godzilla films, as well as any films that are considered to take…

In honor of the king of the monsters getting a long-awaited rematch against Hollywood's favorite giant gorilla, King Kong, I…