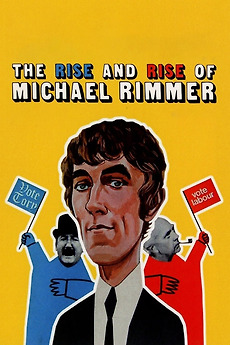 The Rise and Rise of Michael Rimmer
JustWatch

The Rise and Rise of Michael Rimmer

Fresh-faced young Michael Rimmer worms his way into an opinion poll company and is soon running the place. He uses this as a springboard to get into politics and in the mini-skirted flared-trousered world of 1970 Britain starts to rise through the Tory ranks.

Like Ozploitation, except British which in the 70's pretty much meant Horror and Sex Comedies, not that I'm complaining.

From masterpieces to okay for an occasional laugh. LOLITA (1962) added, as this - besides being a tragedy and drama…

I'm fully aware how psychotic this is.

In honour of a good smattering of Monty Python being added to the UK Netflix this month, I’m devoting May…