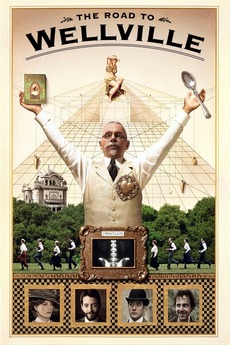 The Road to Wellville
JustWatch

The Road to Wellville

A comedy of the heart and other organs.

An unhappy young couple visit the infamous Kellogg spa in Battle Creek, Michigan while a young hustler tries get into the breakfast-cereal business and compete against John Kellogg's corn flakes.