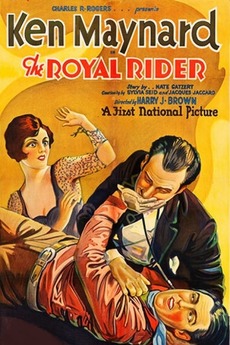 Dick Scott (Ken Maynard) takes his Wild West show to the Balkan kingdom of Alvania where the boy king of the country commands the troupe to give a performance. The king is greatly impressed with the American cowboys and makes them his palace guard. The prime minister starts a revolution, and Dick and the Americans put it down. The boy king sanctions a romance between Scott and Ruth Elliott (Olive Hasbrouck), the royal governess.