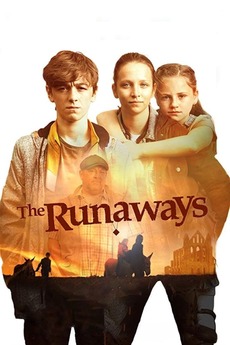 The Runaways follows three young siblings in Yorkshire who journey across the country in an attempt to evade their uncle and social services after the death of their father.

Films released (or received their premieres) in the UK in 2020 that I saw in that year, be it on…

Growing up is the hardest thing in the world.

All the films I currently am interested in watching and have access to, but haven't watched yet--either I have downloaded…