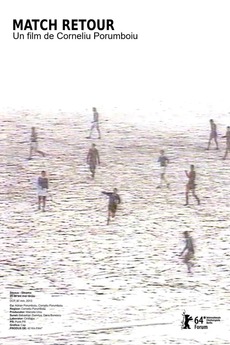 A deceptively simple set-up: the director and his father watch a 1988 football match which the father refereed, their commentary accompanying the original television images in real time. A Bucharest derby between the country’s leading teams, Dinamo and Steaua, taking place in heavy snow, one year before the revolution that toppled Ceaușescu.