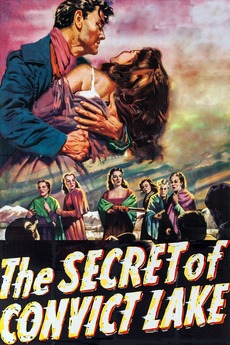 The Secret of Convict Lake
JustWatch

The Secret of Convict Lake

After a group of convicts escapes from prison, they take refuge in the wilderness. While most of the crew are ruthless sociopaths, Jim Canfield is an innocent man who was jailed under false pretenses. When Canfield and his fellow fugitives reach an isolated farming settlement where the men are all away, it creates tension with the local women. Things get more dire when rumors of hidden money arise, and Canfield discovers that the man who framed him is part of the community.

A lot of my friends have been making Westerns lists, so I thought I would too. So, 55 westerns I…