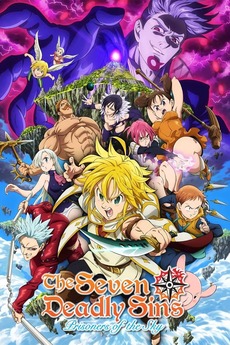 The Seven Deadly Sins: Prisoners of the Sky
JustWatch

The Seven Deadly Sins: Prisoners of the Sky

Traveling in search of the rare ingredient, “sky fish” Meliodas and Hawk arrive at a palace that floats above the clouds. The people there are busy preparing a ceremony, meant to protect their home from a ferocious beast that awakens once every 3,000 years. But before the ritual is complete, the Six Knights of Black—a Demon Clan army—removes the seal on the beast, threatening the lives of everyone in the Sky Palace.