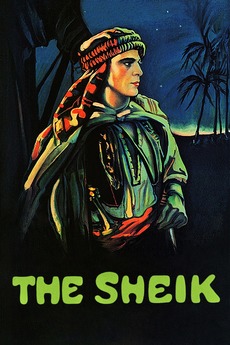 A photoplay of tempestuous love between a madcap English beauty and a bronzed Arab chief!

Sheik Ahmed (Valentino) desperately desires fiesty British socialite Diana (Ayres), so he abducts her and carries her off to his luxurious desert tent-palace. The free-spirited Diana recoils from his passionate embraces and yearns to be released. Only after being kidnapped by desert bandits does Diana realize how much she has grown to love Ahmed, who comes to her rescue in the nick of time