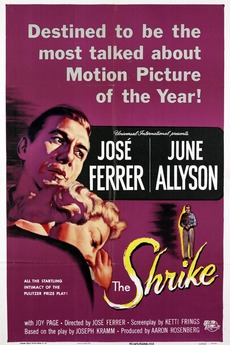 Film version of Joseph Kramm's Pulitzer Prize play, about a Broadway playwright driven to a nervous breakdown by his shrewish wife.

"And I don't believe that melodramatic feelings are laughable - they should be taken absolutely seriously." — Rainer Werner Fassbinder

psychopathology and the cinema

A list of movies related to mental illness, curated by my abnormal psychology professor.

Read the notes to see under…

Films Shortlisted (and Not Nominated) for an Academy Award

From the 1940s until 1979, branches of the Academy named and screened finalists in the categories of Best Cinematography, Art…