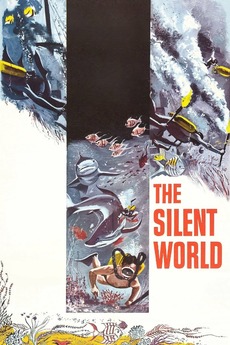 Out of an uncharted universe comes an experience of unearthly beauty

The Silent World is noted as one of the first films to use underwater cinematography to show the ocean depths in color. Its title derives from Cousteau's 1953 book The Silent World: A Story of Undersea Discovery and Adventure. The film was shot aboard the ship Calypso. A team of divers shot 25 kilometers of film over two years in the Mediterranean Sea, the Persian Gulf, the Red Sea and the Indian Ocean, of which 2.5 kilometers were included in the finished documentary.