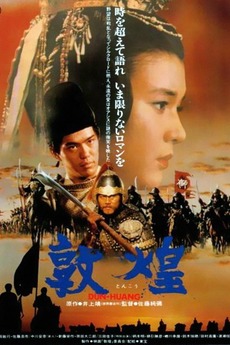 In 1026, students in western China are shanghaied into the forces of crown prince Li Yuanhao of Xi Xia, who wants to control the length of the Silk Road. One student is Zhao Xingde, who becomes the favorite of his commander, Zhu Wangli. While sacking a fortress, Xingde discovers Tsurpia, princess of the Uighur. He hides her; they fall in love. When he's sent away to study Xixian, he leaves Tsurpia in Zhu's care, but returns to find her engaged to Li. Tragedy follows, and he and Zhu enter a pact to take revenge when Li arrives at Dun-Huang, the region's seat of learning and culture. Against overwhelming odds, they find a surprising way to leave a monument to their life and love.

Documentaries produced by, or for, the BBC

"[...]while only a small handful of new directors emerged in the 1970s and 1980s to launch the Japanese cinema into…

At the Movies in Japan: The Eighties