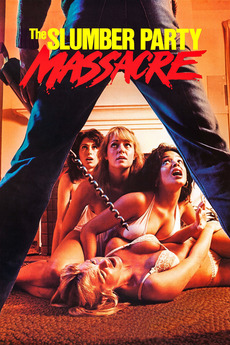 Close your eyes for a second... and sleep forever.

An 18-year-old high school girl is left at home by her parents and decides to have a slumber party. Meanwhile, a mass murderer with a propensity for power tools has escaped from prison, and eventually makes his way to the party where the guests begin dropping off one by one.