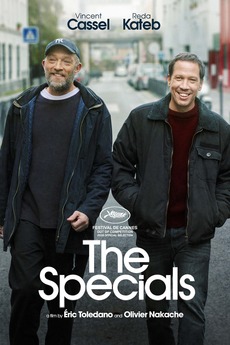 For twenty years, Bruno and Malik have lived in a different world—the world of autistic children and teens. In charge of two separate nonprofit organizations (The Hatch & The Shelter), they train young people from underprivileged areas to be caregivers for extreme cases that have been refused by all other institutions. It’s an exceptional partnership, outside of traditional settings, for some quite extraordinary characters.