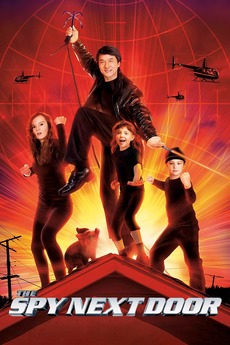 The Spy Next Door
JustWatch

The Spy Next Door

Spying is easy, Babysitting is hard.

Former CIA spy Bob Ho takes on his toughest assignment to date: looking after his girlfriend's three kids, who haven't exactly warmed to their mom's beau. And when one of the youngsters accidentally downloads a top-secret formula, Bob's longtime nemesis, a Russian terrorist, pays a visit to the family.

My rankings of all the films released in 2010 (wide-release) by personal preference. Rankings may differ from my individual ratings.…