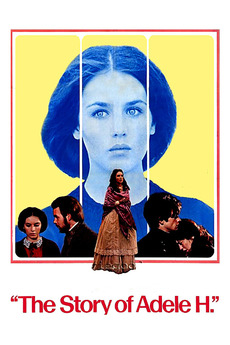 The Story of Adele H.
JustWatch

The Story of Adele H.

Adèle Hugo, daughter of renowned French writer Victor Hugo, falls in love with British soldier Albert Pinson while living in exile off the coast of England. Though he spurns her affections, she follows him to Nova Scotia and takes on the alias of Adèle Lewly. Albert continues to reject her, but she remains obsessive in her quest to win him over.

Not-so-shortlist of movies likely to contend for the 64 spots in Filmspotting Madness (starting Feb. 2022). Titles may – will,…

movies truffaut mentioned in his correspondence