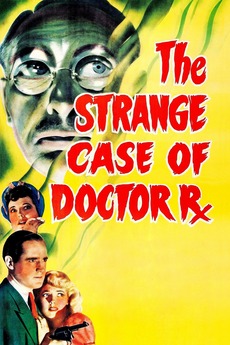 The Strange Case of Doctor Rx

1942 Directed by William Nigh

FOLLOW HIM -- at Risk of Insanity! FIND HIM -- and You'll Never Return!

Private eye Jerry Church is hired by a criminal defense lawyer after five mobsters he has gotten acquitted are apparently strangled by a serial killer.